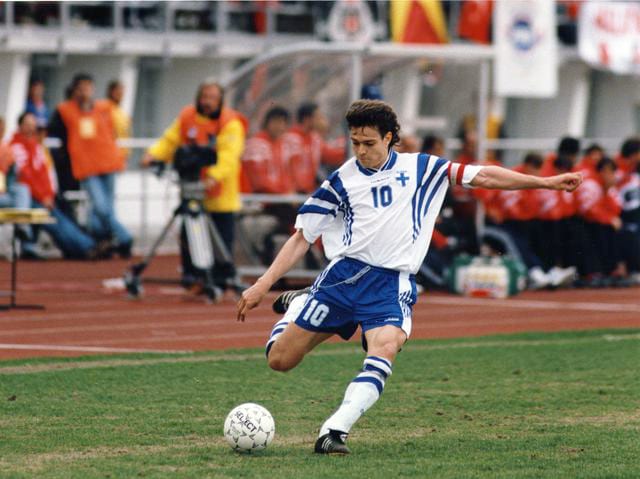 Bought by Ajax Amsterdam in 1992, Litmanen made his breakthrough in the 1993–94 season when he was best goalscorer in the Dutch League. In 1995 he was a key player in Ajax’s Champions League victory and came third in the vote for European football player of the year (Ballon d’Or). He also became the first team sport player to be voted Finnish Athlete of the Year. Ajax reached the Champions League final in the following season as well, with Litmanen scoring nine goals in the campaign.

Litmanen’s later career was hampered by recurrent injuries. He played for Barcelona, Liverpool and Ajax again before returning to the Finnish League in 2004. In the Finnish national team Litmanen was a towering force: he leads the statistics in matches played (137) and goals scored (32) for Finland.