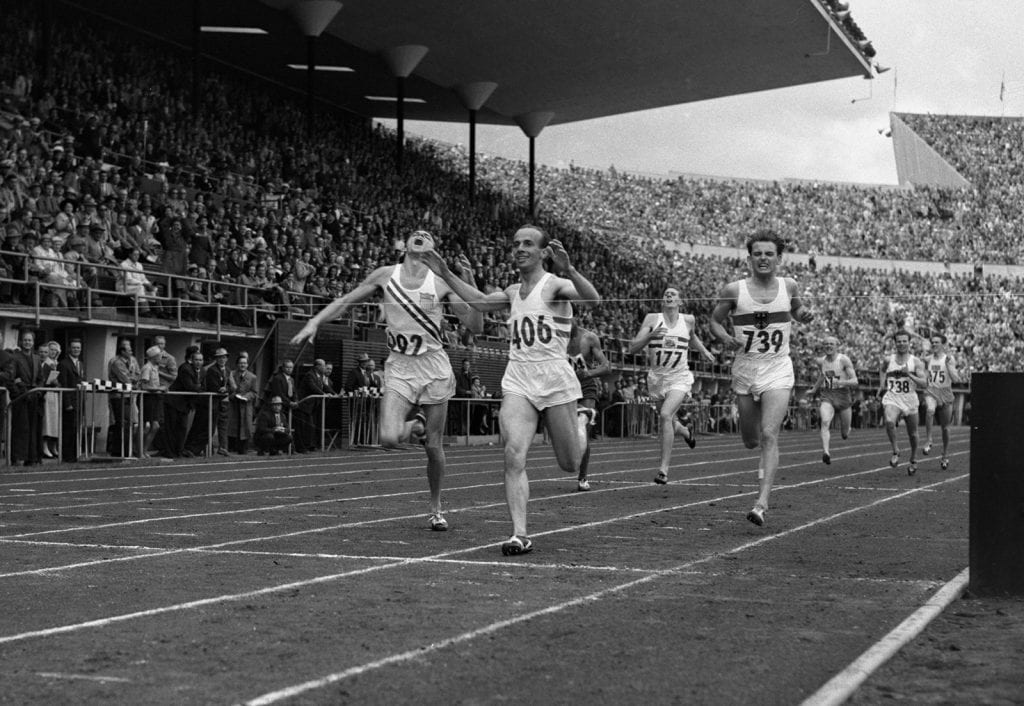 Joseph Barthel of Luxembourg crosses the finish line as winner of the Olympic 1,500-metre final on 26 July 1952, followed by Robert McMillen of the USA (left), Werner Lueg of Germany and Roger Bannister of Great Britain (middle). Barthel became the first Olympic champion of his small home country. The national stadium of Luxembourg is named after him.