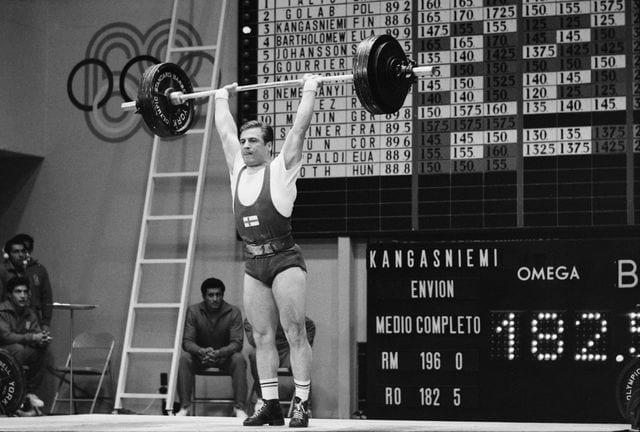 Kaarlo Kangasniemi was the first Finnish Olympic champion in weightlifting. He won Finland’s only gold medal at the 1968 Olympic Games in Mexico.