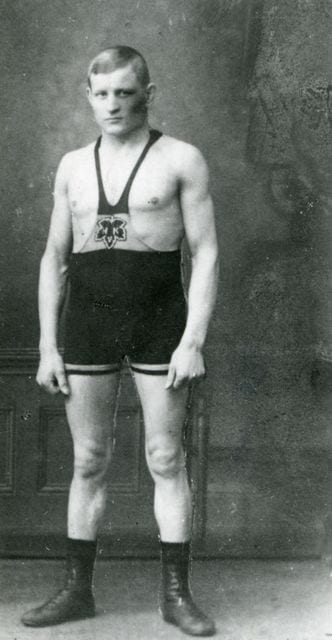 Kalle Anttila was the first man who won Olympic gold in both Freestyle and Greco-Roman wrestling. In Antwerp 1920 Anttila won the Freestyle lightweight category (67.5 kg), and four years later in Paris he became Olympic champion in the Greco-Roman lightweight division (62 kg).

Finland was the dominant power in Olympic wrestling in the early 1920’s. In fact, Anttila never lost a wrestling match to a foreign adversary. In Finland the competition was fierce: Anttila went to Antwerp 1920 as a freestyle wrestler only because he did not win a place in the Finnish Greco-Roman team.

Kalle Anttila’s name became later very famous in Finland, but not because of his wrestling success: his clothing business grew into one of the country’s largest retail store chains.