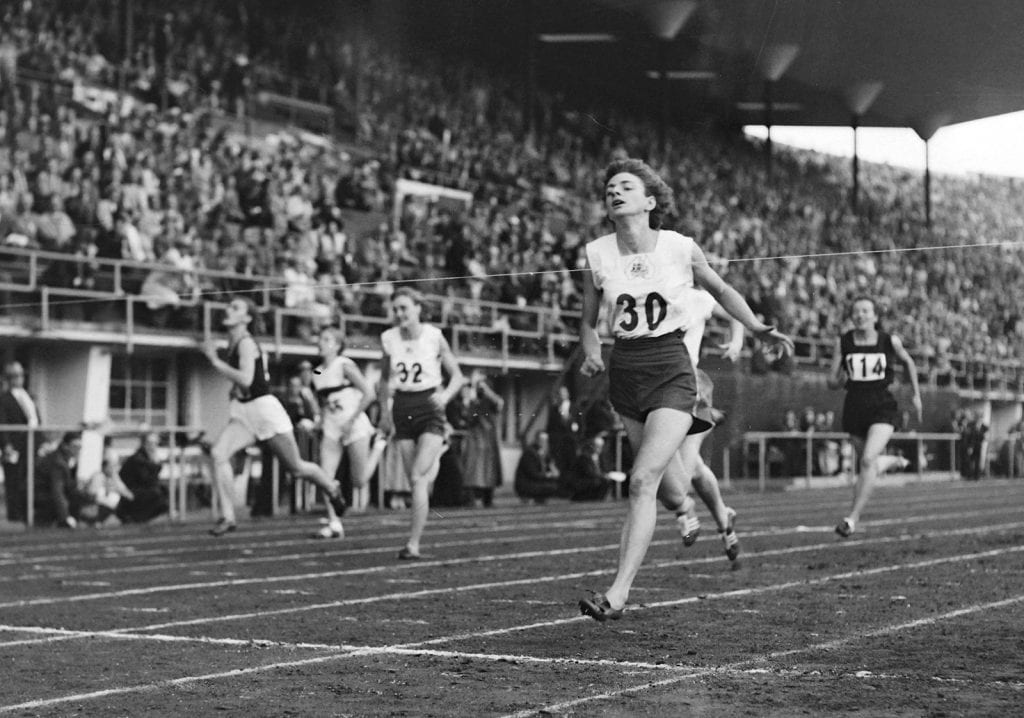 Marjorie Jackson of Australia was the overwhelming favourite to win gold in women’s 200 metres on 26 July 1952, and she did not disappoint. Dutchwoman Bertha Brower took silver and Nadezhda Khnykina (left) of the USSR bronze. Jackson had already won gold in 100 metres. Her bid for third Olympic victory failed when Australia dropped the baton at the last exchange of the relay final.