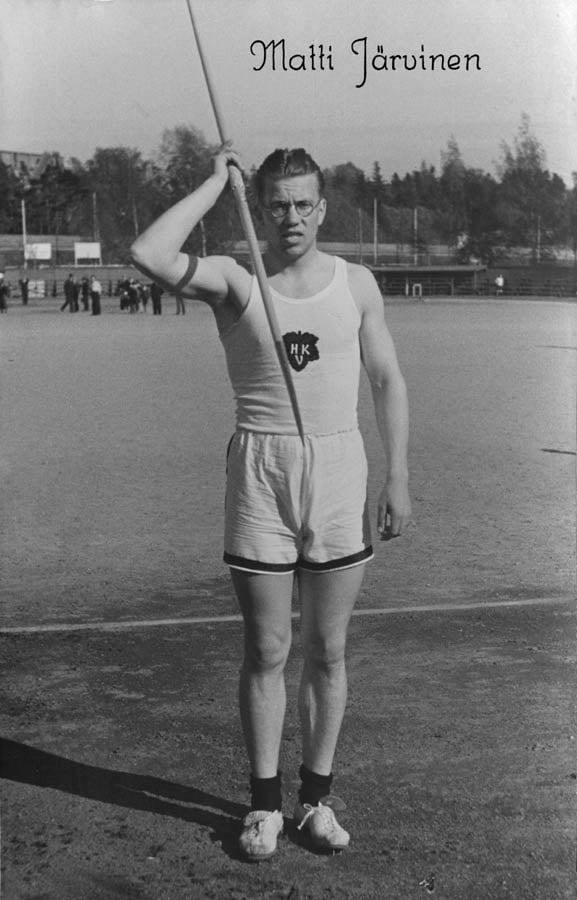 Matti Järvinen dominated the world of javelin throwing in the 1930’s.

Youngest of the four sons of Verner Järvinen and coached by his father, Matti Järvinen was a versatile athletic talent: his success was based on speed and subtle technique rather than strength. After his own career Järvinen passed on his knowledge to future generations as coach and sports instructor.