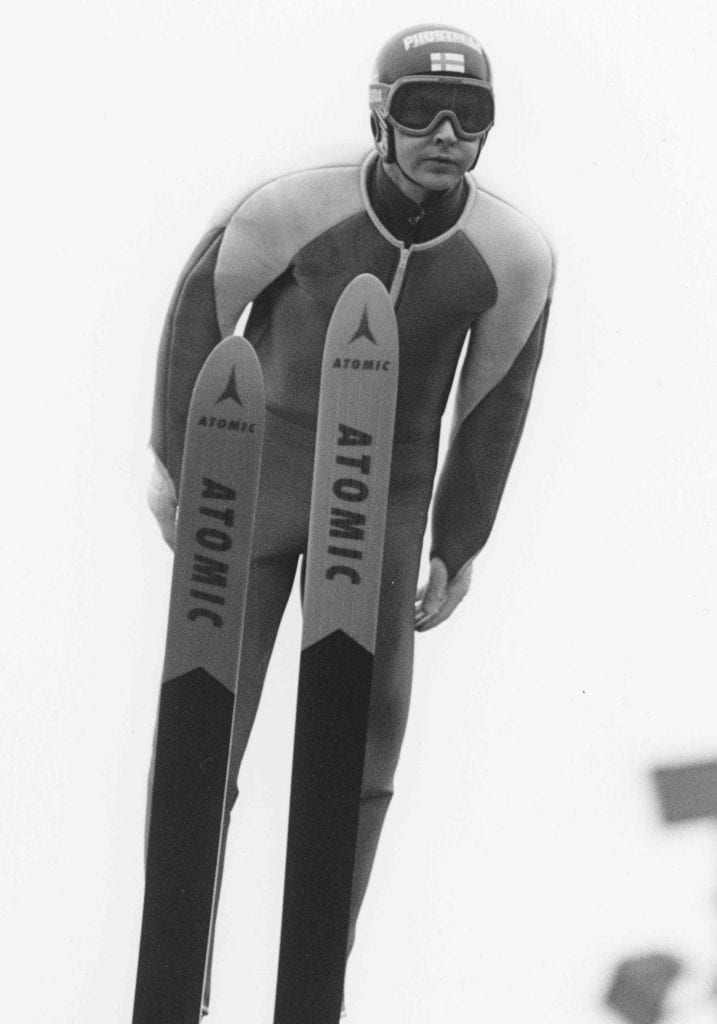 Matti Nykänen was the first ski jumper who won everything there is to win: gold medals at Olympic Games, World Championships and World Ski Flying Championships as well as overall titles in the World Cup and the Four Hills Tournament.

Nykänen won Olympic gold in large hill and silver in normal hill in Sarajevo 1984. Four years later in Calgary he became the first ski jumper to win three gold medals at the same Olympic Games: he took both individual titles and led Finland to victory in the team event as well. All in all, Nykänen gathered 19 medals at major championships and took 46 victories in the World Cup, which was a long-standing record. He also made four world record jumps, reaching 191 metres in Planica in 1985. Nykänen’s jumping career came to an end at the advent of the new V style at the turn of the 1990’s.