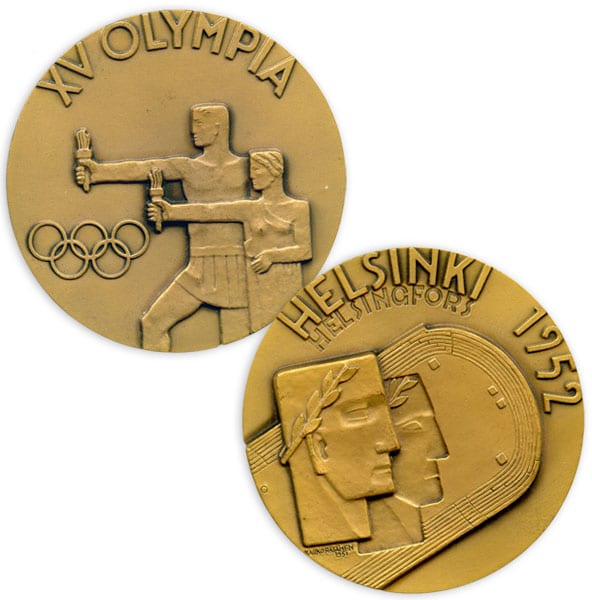 Commissioned by: The Organising Committee of the Olympic Games

Description: On the obverse two people holding small torches, the Olympic rings and the text: XV OLYMPIA. On the reverse profiles of an athlete, the running track of the Olympic Stadium and the text: HELSINKI HELSINGFORS 1952.

Other information: Awarded to the competitors at the Olympic Games. According to the Official Report of the Games the medal was struck in 14,000 copies, according to the manufacturer in 16,000.

3D image of the object