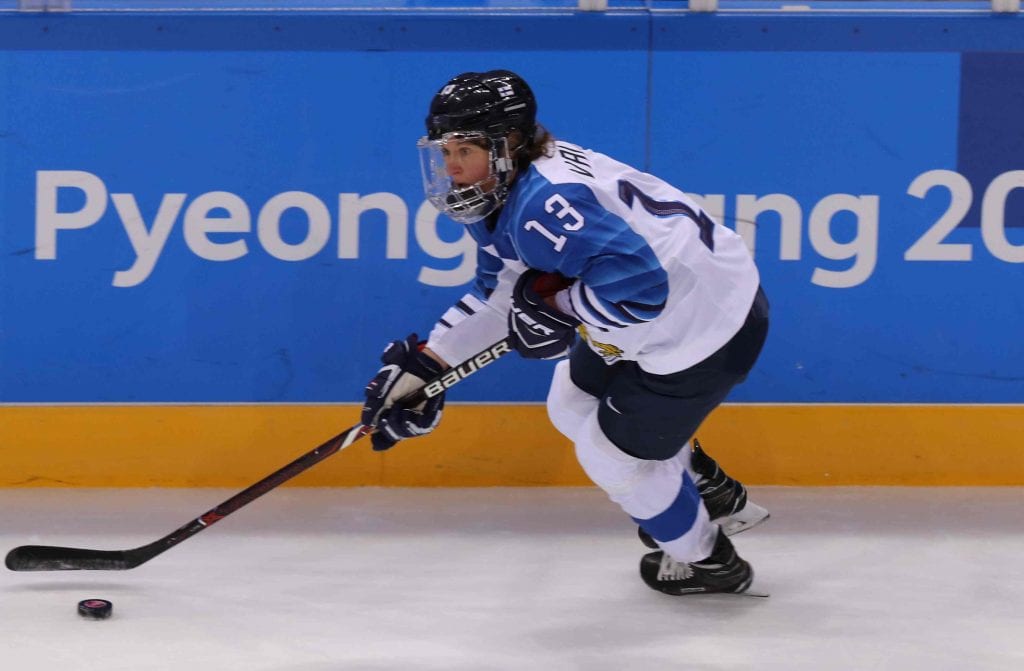 Riikka Nieminen (formerly Välilä, née Nieminen) led the Finnish team that dominated women’s ice hockey in Europe in the 1990’s. She was named best forward at women’s first World Championship tournament in 1990 and was the leading scorer when women’s hockey made its Olympic debut in Nagano 1998. She retired from the rinks in 2003 after earning one Olympic and four World Championship bronze medals. In 2009 Nieminen became the first female player outside North America to be inducted to the IIHF Hall of Fame.

After spending ten years on the sidelines Riikka Välilä made a surprising comeback in 2013. She won her second Olympic bronze in Pyeongchang 2018 and one year later, now by the name Riikka Sallinen, played in the Finnish team that reached the World Championship final for the first time ever and missed the gold medal only in a penalty shootout.

During her early career Riikka Nieminen excelled in several other team sports as well. She was named the best female pesäpallo (Finnish baseball) player of the year in 1989, 1992 and 1993.