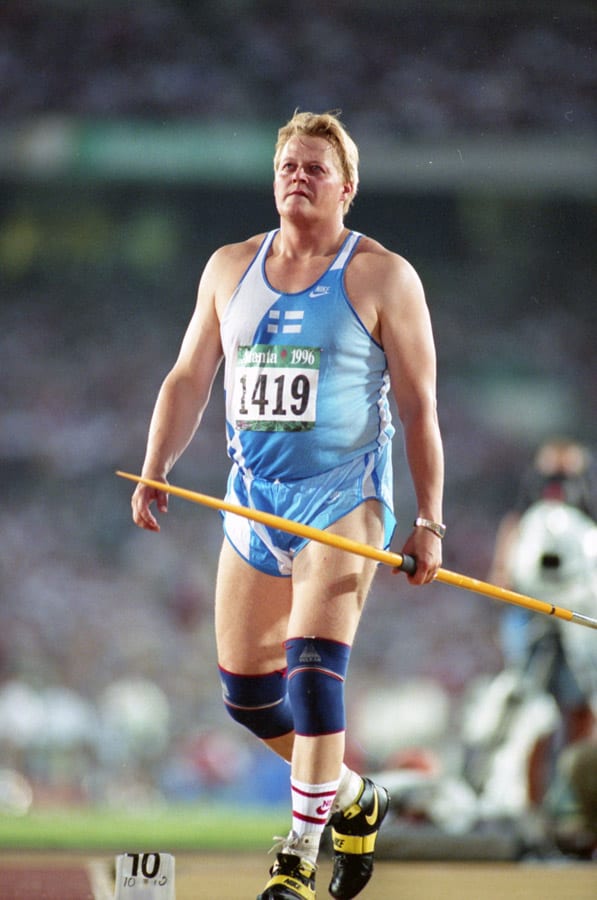 Seppo Räty was Finland’s leading javelin thrower for more than a decade. He won a total of six major international medals: gold at the World Championships of 1987 in Rome was followed by Olympic bronze in Seoul 1988, silver in Barcelona 1992 and bronze in Atlanta 1996 as well as World Championship silver in Tokyo in 1991 and European Championship silver on home soil in Helsinki in 1994. In 1991 Räty made two world records that were retrospectively deleted when the javelin model he had used was banned.

Räty’s strength training results were legendary, but his uncompromising approach often resulted in injuries. Räty was also known for his feisty and straight-talking character, which only increased his popularity among Finnish sports fans.