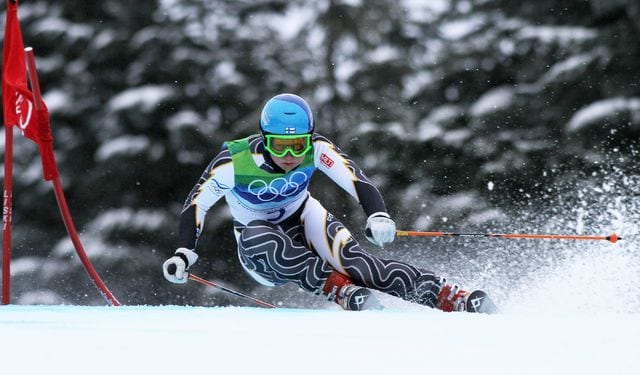 Tanja Poutiainen is the only Finnish Olympic medallist in Alpine skiing. She took silver in giant slalom at the Turin Winter Games of 2006.

Poutiainen took part in five Olympic Winter Games between 1998 and 2014. In addition to Olympic silver she gained four medals at World Championships. In the World Cup Poutiainen won the trophies in both slalom and giant slalom in 2005 and in giant slalom in 2009. She won a total 11 World Cup races and gathered total of 48 podium places.

In Alpine circles Poutiainen is best remembered for her remarkable consistency: she once finished 70 consecutive World Cup races without mishap.