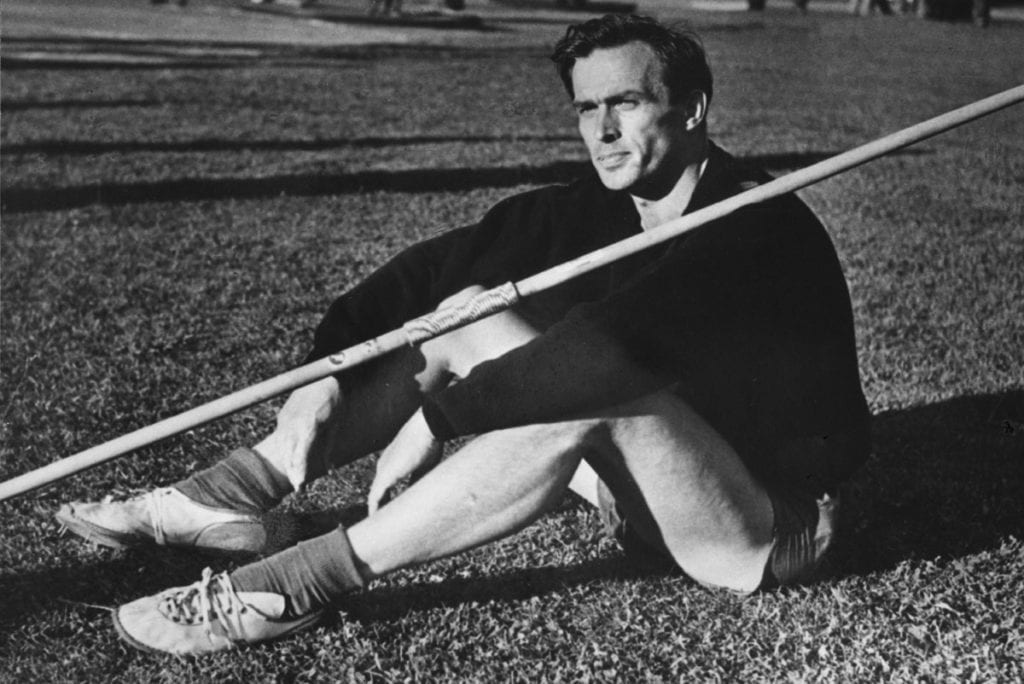 Tapio Rautavaara was not only an Olympic javelin champion but also one of Finland’s most famous musicians and actors of his time.

Rautavaara rose to the Finnish javelin throw elite in the late 1930’s and finished second at the Worker’s Olympiad of 1937 in Antwerp. He lost his prime sporting years in the war but made a successful return afterwards, taking bronze at the European Championships of 1946 in Oslo. Two years later Rautavaara crowned his athletics career with Olympic javelin gold in London.

At the time of his Olympic victory Rautavaara was already a popular singer and movie star, and in the 1950’s he became one of Finland’s most beloved entertainers. After finishing his javelin career he took up archery and won team gold medal at the World Championships of 1958.