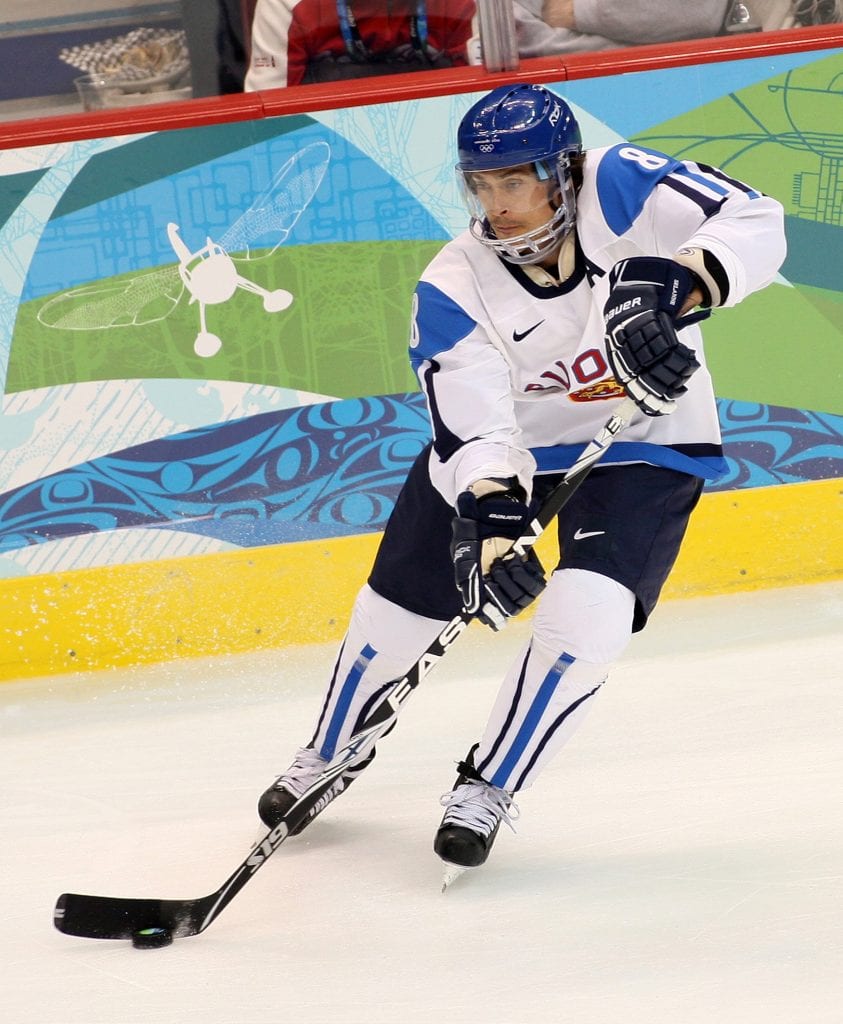 Teemu Selänne is one of the best ice hockey players of all time. He made a spectacular debut in the NHL in the 1992–93 season with the Winnipeg Jets: the fast-skating forward scored 76 goals and 132 points, both league records for rookies. “The Finnish Flash” played a total of 1,451 regular season games and scored 684 goals and 1,457 points in his NHL career that lasted for 21 years. He won the Stanley Cup with the Anaheim Ducks in 2007.

Selänne’s achievements in the Finnish national team are no less legendary. He played at six Olympic Games between 1992 and 2014 winning four medals and scoring an all-time record of 43 points in Olympic tournaments. At 43 in Sochi 2014 Selänne became the oldest player to win an Olympic medal in ice hockey. Selänne was inducted into the Hall of Fame of the International Ice Hockey Federation in 2017.