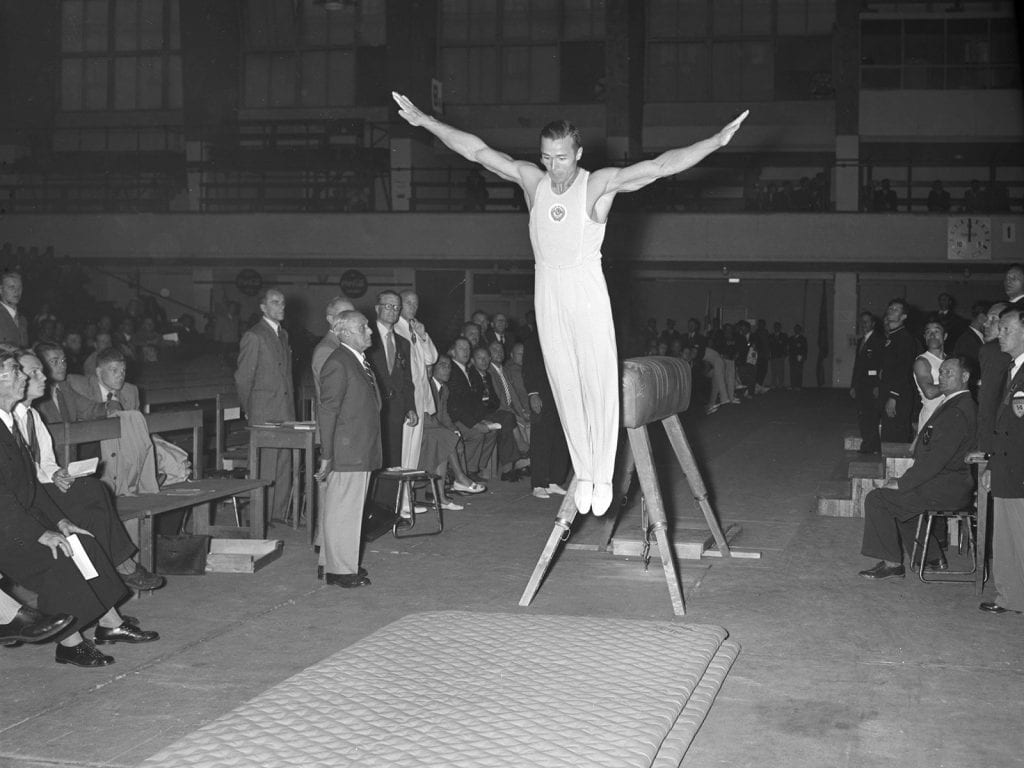 The gymnast Viktor Chukarin, representing the Soviet Union, was the most successful athlete of the Helsinki Olympic Games. He won a total of six medals: gold in team competition, individual allround competition, vault and pommeled horse as well as silver in rings and parallel bars. Born in Ukraine in 1921, Chukarin fought in the Red Army in the Second World War, was taken prisoner and survived four years in a German concentration camp.